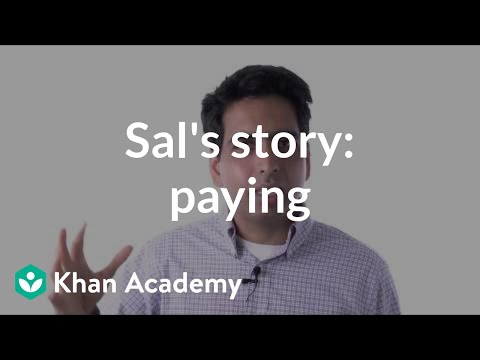 – So when I was in high school, back in the 90’s, even then, college was, at least from my point of view, very very expensive and now it’s only gotten more expensive. And I remember thinking, there’s no way I’m going to be able to go to a school, at that time that cost 10 or 15 thousand dollars a year, now those same schools cost 30 or 40 thousand dollars a year, at least. That’s the stated price for tuition.

You know, my mom was a single mom, she kind of sometimes worked as a manager at a convenience store, she did a bunch of series of jobs to kind of make ends meet. We were on, depending on the year, free or reduced lunch and so I just imagined, my only option is you know, either go to a local school or get a full ride scholarship if I can. But then my sister opened my mind, she was three years older, she applied to Brown University, which at that time the stated tuition was I think already in the high teens, thousands, if not 20 thousand dollars a year. And when she applied she then applied for financial aid, and I didn’t even know this thing called financial aid existed. And so she got some federal grant money, she got some federal subsidized loans, Brown gave her some grant, gave her some loans, then there was some small parent contribution and then she also had to do work-study. But they made a package for her so that she was able to go.

Now it wasn’t easy, she had to do some work-study, my mom didn’t have to do some contribution, she did have to take on some debt, but she was able to go. So that completely opened up my mind, so when I applied to college I didn’t let that be a constraint on me.

I said let me just figure out where I really want to go to college because I knew this financial aid thing existed. And what a lot of people don’t realize is that some of the most selective colleges, that have at least the stated tuition is high, actually have some of the best financial aid programs, they’re very very generous with their financial aid. And so I applied, and I got into MIT and then I did the financial aid process and it was incredibly good, I thought.

It made it very… I left MIT with about 30 thousand dollars in loans, I had to do some work-study, but overall it made it affordable, very doable. And for me, that 30 thousand dollars in loans, I couldn’t imagine a better investment in my future. So I would say you have to be careful, you don’t want to get too far in debt, you definitely want to weigh what you’re going to take on in terms of debt and aid versus what you might be able to make and career possibilities. But you know I think it was a very powerful thing for me to see my sister and what opportunities are available that aren’t always obvious.